At approximately 5pm on February 11, many talented individuals congregated in the Gillette House to present a $500 scholarship to one worthy student. This benefit program, supported by “Women Sharing Art,” included a raffle as well as a presentation of multimedia art exhibits and a live band.

The flow of smooth jazz being played by this band contributed to the friendly and inviting atmosphere surrounding the house. Aside from the beautiful artwork adorning the walls and the array of hors d’oeuvres, one gifted woman named Elizabeth Grant designed all of the mantelpieces herself; this also added to the evening’s sophisticated ambience.

I had the privilege of speaking with Sue Miller, the president of “Women Sharing Art.” She remarked on the surprising amount of talent all in one place, and averred this was the best turn-out that had ever been had. Cordial yet polite, Ms. Miller was more than willing to discuss with me the purpose of her organization. “We share energy and explore artistic passions,” she said, “And this venue presents the opportunity for an excellent demonstration of that.”

Among the esteemed artists present was Libby Hintz, whose creativity permeated her character. Her latest mosaic, which embodied a garden of trees, is to be sent to California on Monday. The person who commissioned the piece, I learned, discovered Ms. Hintz on the artist’s website. The woman said she considered herself lucky but, from examining the beautiful details of the mosaic, one could tell luck had little to with it.

This year’s WSA Scholarship winner, Raissa Oliveira-Silva from Commack High School, demonstrated that she was not only talented in many mediums, but that she also had command over all of the materials she works with. In addition to $500, Ms. Oliveira-Silva also had the opportunity to present some artistic pieces in a room almost entirely to herself.

At 6:30pm, the raffle winners were drawn in the main room of the Gillette House. Ranging from chocolates to jewelry, the gifts were all impressive. The lucky winners of the draw consisted of: Sandra Pamell, Juliet Levett’s daughter, Holly Black, Chip Bryant, Judy Hester, Barbara Lovato, Sue Miller, and Chris Taylor.

Before leaving, I was able to speak with Chip Bryant. “I didn’t really know what to expect,” He admitted, “But I can’t stress how happy I am that I came out to this tonight.” I think I can speak for myself and everybody else who made the trip last night when I say everyone was pleased after attending the art exhibit. 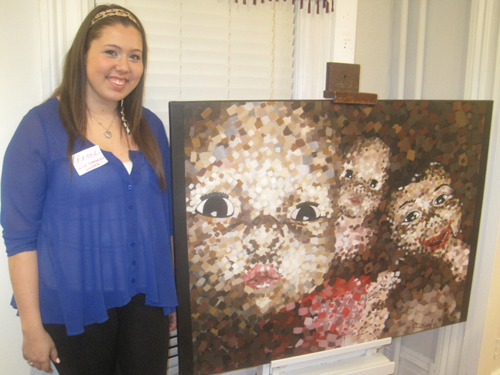 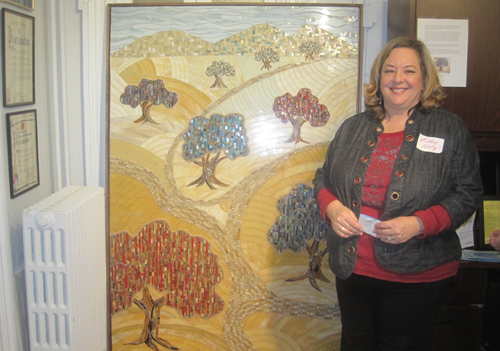 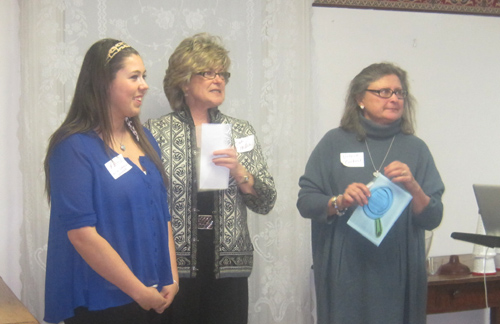 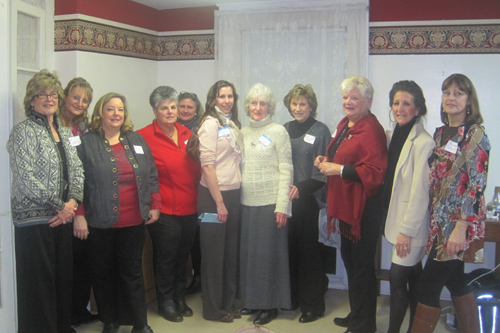 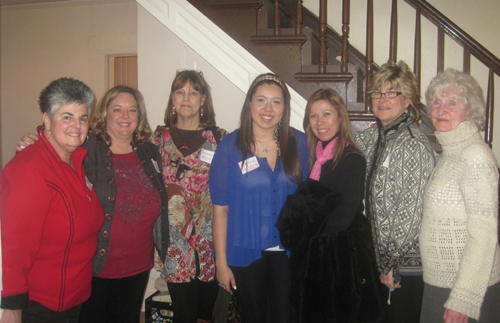